The Foundation is a private philanthropy with deep roots in Hong Kong and a mission to enhance the wellbeing of communities and the environment. To realise this goal, we support the work of non-governmental organisations through two grant programmes, namely Arts & Culture and Quality of Life. 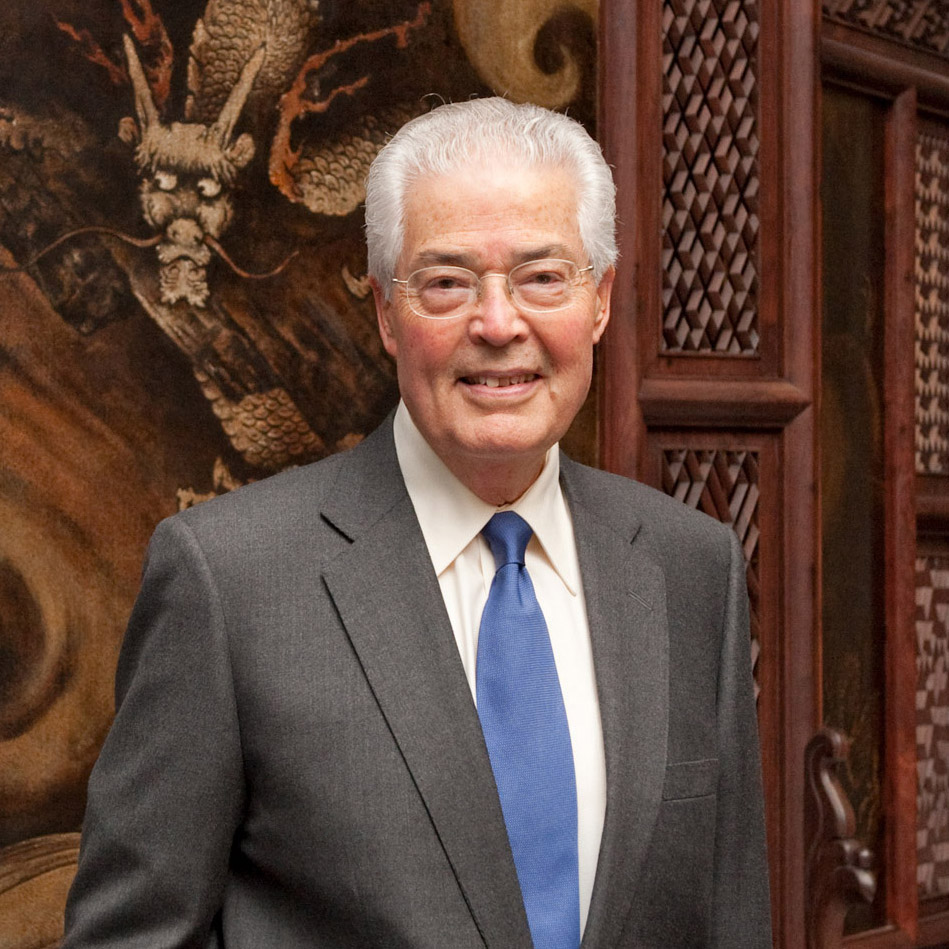 Born in Hong Kong, Mr. Robert H. N. Ho is the grandson of Sir Robert Ho Tung and Lady Clara Ho Tung, and the son of General Ho Shai Lai and Hesta Ho Hung Ki Fun. He was educated at Lingnan and Pui Ching Middle Schools and obtained his Bachelor of Arts degree from Colgate University, and his Master of Science in Journalism from the Graduate School of Journalism at Columbia University in the United States.

Mr. Ho spent his business career in journalism and in managing his family’s property and other investments. Since his retirement, he has concentrated on philanthropic activities. One of the beneficiaries of Mr. Ho’s philanthropy was his alma mater Colgate University, where his gifts enabled the establishment of the Robert H. N. Ho Interdisciplinary Science Center and the Ho Tung Visualization Laboratory.

From a family known for its philanthropic legacy, Robert H. N. Ho has focused his interests on health care, education, Buddhism and Chinese culture, with the vision of bettering both physical and mental health, fostering greater integration of Buddhist insights in today’s world, and promoting understanding between cultures.

Advancing Buddhist studies in higher education has been one of The Robert H. N. Ho Family Foundation’s priorities. Through grant-making, the Foundation nurtures Buddhist scholars as well as socially engaged Buddhist professionals at distinguished universities in North America, Europe and Asia.

Mr. Ho also initiated www.buddhistdoor.net, one of the world’s largest and most-visited websites on Buddhism.

In 2005, Mr. Ho founded The Robert H. N. Ho Family Foundation, a Hong Kong-based independent philanthropic organisation. Committed to fostering Chinese culture and Buddhist insights globally, the Foundation initiates and supports local and overseas programmes. In 2009, it launched the United Kingdom’s first permanent gallery of Buddhist sculpture at the Victoria and Albert Museum; the following year, it made possible the Qin Terracotta Army’s first visit to Canada. Recent major exhibitions supported by the Foundation include The Forbidden City: Inside the Court of China’s Emperors at the Royal Ontario Museum and the Vancouver Art Gallery in 2014; Cave Temples of Dunhuang: Buddhist Art on China’s Silk Road at the Getty Center in 2016; Faces of China: Portrait Painting of the Ming and Qing Dynasties (1368-1912), an exhibition organised by the Museum für Asiatische Kunst, Staatliche Museen zu Berlin at the Kulturforum and Encountering the Buddha: Art and Practice Across Asia at the Arthur M. Sackler Gallery, both in 2017. In Hong Kong, the Foundation has developed art education programmes to inspire creativity among young people through photography, writing and movement. It has published award-winning books and conceived a cultural education programme that has radiated from Hong Kong to Asia and North America. Seeking to enhance Hong Kong’s cultural ecology, the Foundation also provides creative, exchange and research opportunities for educators, composers, curators and writers.

In 2018, Mr. Ho made a significant donation to The Hill 70 Memorial directed towards the construction of a walkway, comprising a trench and bridge at the Hill 70 Memorial site in Loos en Gohelle, France, which constitutes the principal upper route to the summit of the Hill 70 Memorial that will also be utilized for handicap access for the summit. This promenade will be dedicated in honour of Frederick Lee, a Canadian of Chinese descent who was killed during this battle, which took place between 15-25 August, 1917.

In the past decade, Mr. Ho has focused on strengthening the field of Canadian health care, from spurring new knowledge to bettering patient experience. In recognition of his transformational philanthropy in support of Canadian health care institutions and universities, he was appointed to the Order of Canada as Member (C.M.) in 2018. The Order of Canada is one of the country’s highest civilian honours. Prior to receiving national recognition, Mr. Ho was appointed to the Order of British Columbia (O.B.C.) in 2013, recognising his support for medical research and raising awareness about mental health in the province.

In honour of his vision to transform health care and human development, the VGH & UBC Hospital Foundation presented Mr. Ho with its 2014 Leadership Award. In 2017, he also was honoured as one of the 150 Leading Canadians for Mental Health, a national initiative organised by the Centre for Addiction and Mental Health (CAMH), celebrating people who change the mental health landscape in Canada. In 2017, The Asian Business Network Association recognized Mr. Ho’s contribution by awarding him with the Chinese Canadian Legend Award.

In 2009, Mr. Ho made a gift to the VGH & UBC Hospital Foundation to establish a new research centre at the Vancouver General Hospital. The Robert H. N. Ho Research Centre, opened in September 2011, is home to three internationally recognised research programmes on prostate cancer, ovarian cancer, and hip health and mobility. In May 2011, Mr. and Mrs. Ho made a leadership contribution to the Lions Gate Hospital Foundation for the establishment of a new centre for mental health and addiction services in North Vancouver. The Greta and Robert H. N. Ho Centre for Psychiatry and Education (The HOpe Centre), opened in September 2014, includes a teaching facility for the UBC Faculty of Medicine to increase educational opportunities for medical students and residents. The Centre has become Canada’s pre-eminent teaching hospital in the field and a world-leading research institution.

In October 2011, Mr. Ho made a visionary gift to the VGH & UBC Hospital Foundation and created the Robert H. N. Ho Enhancing Patient Care Fund. This invests in human capital initiatives that support education, professional development and lifelong learning for nurses and allied health professionals across the Vancouver Coastal Health region, improving patient outcomes. In 2016, a second initiative extended the reach of the Enhancing Patient Care Fund to Vancouver Coastal Health’s Palliative Approach to Care programme. This supports increased expertise and improvements in provision of end-of-life care through the hiring of specialised palliative care clinical leads to educate relevant healthcare colleagues across the regional health authority’s Communities of Care.